What is a Vortex? 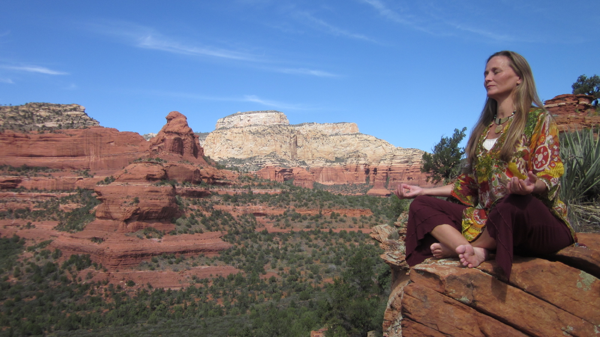 Sedona is known for its endless beauty - the red rocks, the forests, the streams. But did you know that people travel here from all over the globe to experience the mysterious energy forces that seem to emanate from the red rocks themselves?

They come to Sedona in search of vortexes. But, what is a vortex?

Science defines a vortex as a region that spins around an imaginary axis. Examples of this include whirlpools, smoke rings, or dust devils.

Sedona is known for a different type - an energy vortex, which is a swirling center of energy that is conducive to meditation, healing, and self-exploration. Simply put, there are places around the world that seem especially alive with energy, and Sedona is one of the most well-known. All of Sedona is considered to be an energy vortex, but there are 4 main vortex sites.

After visiting a vortex, many people feel recharged, inspired - just full of energy. As you explore Sedona, you will often see people meditating, doing yoga, or taking Jeep tours, hoping to find and embody the sense of well being and joy that vortexes can provide.

There are other types of vortexes as well, including those associated with ancient ritual sites like Stonehenge and Machu Picchu. There are also vortexes that seem to act as paranormal portals - doorways to the afterlife, or even other dimensions.

What creates a vortex? One theory is that the earth’s magnetic field is responsible. Certain sacred grounds seem to evolve into vortexes as well. The truth is, no one knows how these energy vortexes develop.